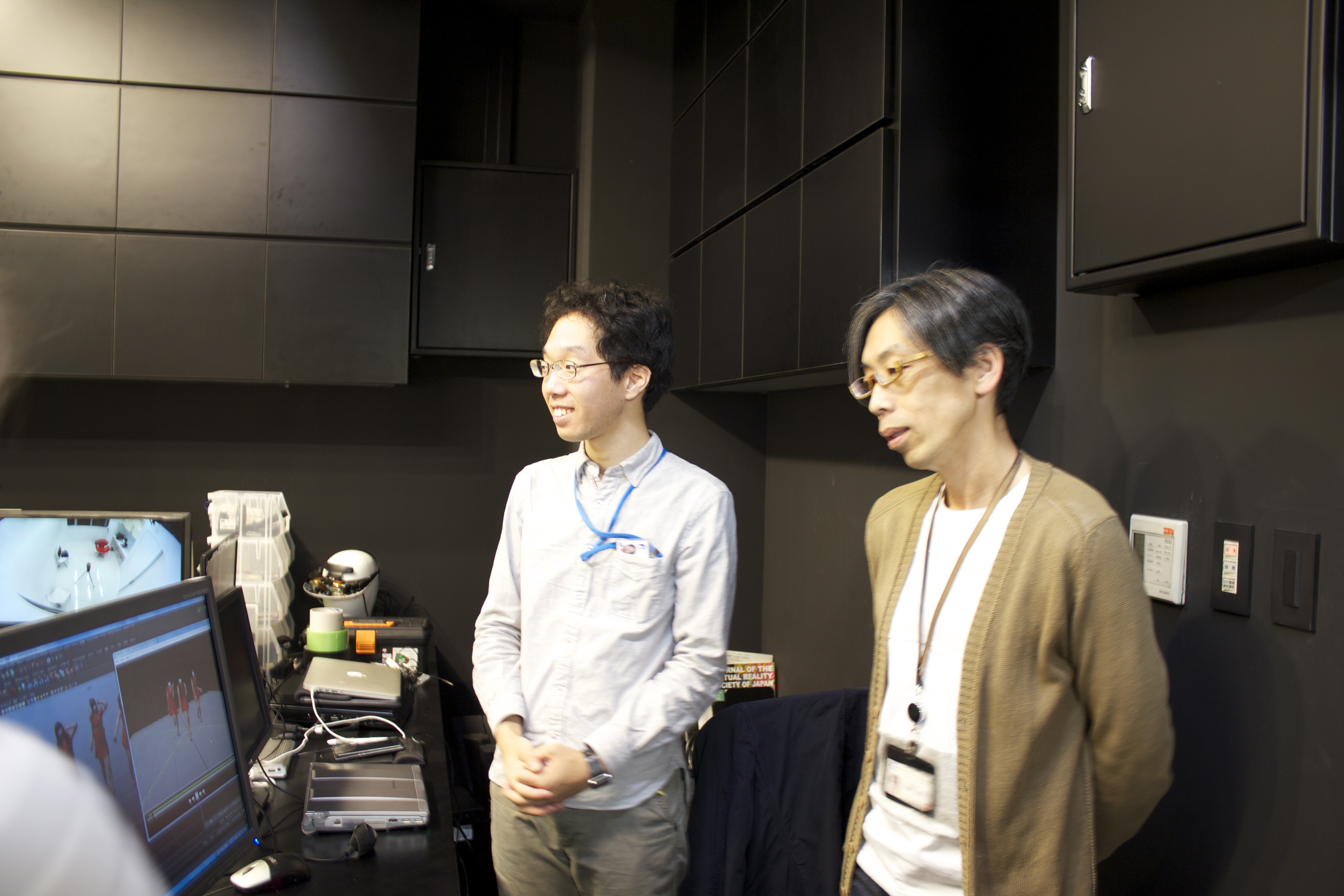 – reflections on my visit to Riken Brain Science Research Institute.

I expected that the experience of having my senses hijacked and experiencing virtual reality would create a sense of unease and fear in me. But the experience I had at Riken Brain Science Institute made me feel quite the opposite. I felt exited and inspired, a sensation that reminded me about one of my first theatre experiences as a child. I was fascinated and completely into a fictional world, but at the same reminded of how this world was created. In the play between my until now known world and the world that was opened by the hijacking of my senses, possibilities of multiple realities arose.  And with that the recognition of how reality is a belief and a perspective.

For someone who has not experienced the about 10 min. performance of Ph. D Naotaka Fujii and his staff at the Riken Brain Science Institute it can be hard to understand what the experience could be like. I will not reveal all the secrets, in case you might be lucky to try this yourself. But, basically they use a technique where you see the world through video glasses and earphones. What is shown and heard is a mix between the real surroundings and pre-recorded material. The illusion dimension is highlighted by that the “actors” were wearing the same cloths/costumes in both realities. The scenario that unfolded was a scenario where they revealed the secrets of the technology. At the same time, I was unable to tell if this was a recorded reality or happening in real time. A “lie” or “truth” . This play between recorded reality and real time was experienced through the same mediums; the glasses and the earphones. This made touch, smell and taste the only senses I could use to separate the “real” realities from each other.

This inability to “understand” dragged me into, or you may even say left me in the hands of, the performance of Ph. D. Fujii and his staff. The here and now performance of the team made me want to go into a possible other reality. It was a strong reminder on how performance it self could be used as a tool to drag you into other worlds and possibilities.