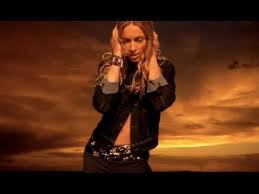 We have been digging into the world of  Arakawa and Gins. This is an glossary (in progress) of some of the basic vocabulary of them:

Landing sites are used (by Gins and Arakawa) to describe the way attention operates and to simultaneously map the way these attentions come to know themselves and situate the body, albeit tentatively, within an environment. It is not “it” and it is not “you” but the energy or relationship between “you” and “it”. It is was catches your attention, what makes you aware an able to act, be, feel…

You may say it is where you “land” – what draws your interest and shapes your understanding in a space. The cluster that makes it “meaningful”, “interesting”, “graspable”, etc.  It is more than a perspective. They make you present and able to grasp the world.

You look at a forest and you see a forest. Then a tree choses you, or you chose the tree. And you are drawn towards this.

Landing sites operate on three levels or scales that are singular to themselves yet also overlap simultaneously, slipping seamlessly into and out of each another. These are “perceptual,” “imaging” and “dimensionalising” landing sites.

Perceptual landing sites are what grab attention in the immediate; the object in front of you, the text on a page, the nearness of anything that is so proximate as to be right there in the here and now. It is what just appear to you! It is the perception of the world in shapes and color, where shape and colors are experienced as just this. It is purely perceptual.
It is immediate and in direct response to probable existence.

Imaging landing sites can be thought of as the next stage away from the perceptual, what’s happening later in the day, what’s going on just around the corner, what you can feel but can’t see, the not quite here and now but getting there as the pre-cursor to the perceptual.
It is an imagining relationship.
An example could be how the shower suddenly appears as teleport, the tree appears as monster, and so on…

An imaging landing site it that what gives you an idea about that site.

An inuition. What beeing in/with the site evokes.

A dimensionalising landing site is quite different from the imaging and perceptual landing sites, as it loosens and widens its cast of attention to draw in the bigger picture so to speak, even if the elements thereof are imperceptible in form and substance.

Something that engineers depth and dimension.

A dimensionalising landing site registers location and position relative to the body. Building, assessing, and reading volume and dimension.

A body that manages to produce